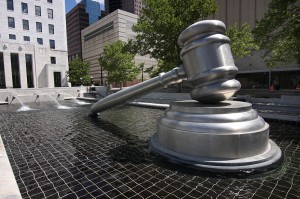 Normally a personal injury case by default will be decided by a trial judge in what is referred to as a, “bench trial.” However, there are several circumstance in which either the litigant (the person suing) or the defendant (the person being sued) can request a trial by jury for example, in this case the role of a judge will be a little different. In order to determine whether your personal injury case will be determined by judge or jury a few of the following will need to be considered:


One of the most important determining factors in whether your case will be a judge or jury is the amount in damages demanded. Some states have a threshold amount (referred to as the “Amount in Controversy”) at which the litigant is given the right to request a jury.

If the case reaches the amount in controversy and the litigant does not request a trial by jury, the defense has the right to make this request as well.

Other things that will influence judge or jury determining a case which include:

So we established what might make your personal injury case decided by either a judge or jury, but what’s a judge’s role in both kinds of cases?

In this setting the role of the judge is as trier of law, meaning he or she is the one responsible in making sure the trial takes place in an orderly and impartial manner. The judge will simply preside over the case and listen to objections raised and sustain or overrule them. In this setting the jury are the ones who are presented evidence and decide who wins the case.

In a bench trial where no jury is required, it is the judge who serves as both trier of law and trier of fact, meaning not only does he or she maintain that the trial is orderly and impartial, but the judge also makes the final verdict. These are the types of trials you can easily picture thanks to daytime television, where the judge hears and considers the evidence and testimonies and then renders a decision (but probably in real life they don’t make verbal zingers or use catchphrases).

If you find yourself wrapped up in a personal injury case either as a plaintiff or defendant and have any questions, contact one of TeamDaveLogan.com’s trusted Personal Injury Attorneys today!

The opinions and advice expressed here are not vetted by TeamDaveLogan.com, and you should always do your own research and due diligence prior to starting any project. 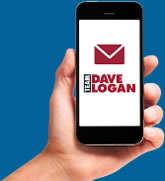